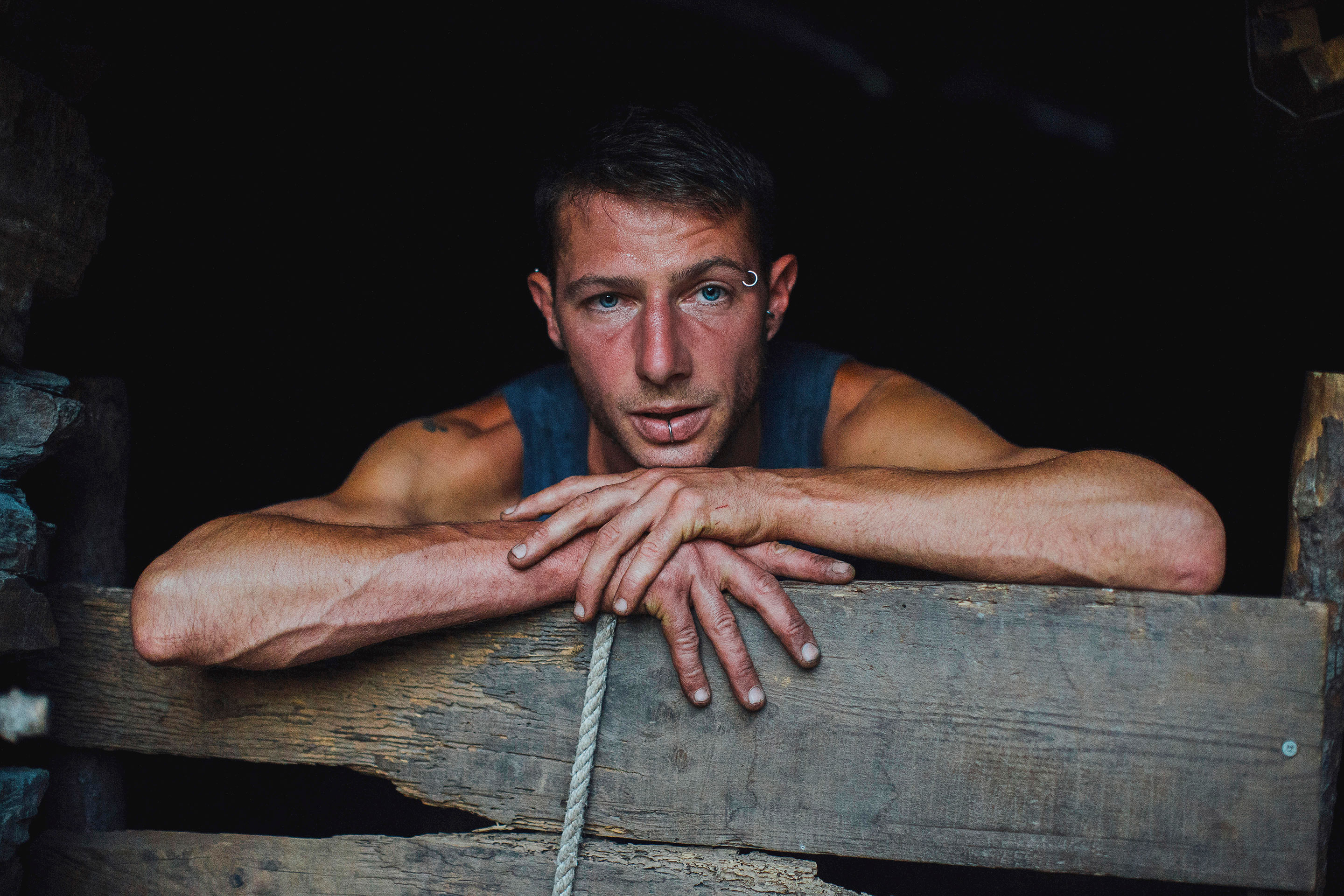 When I’m told that there’s a Scotsman living in remote Portugal as a goat herder, with no prior experience, I know it’s a man that I have to visit. I heard about Mikail through a friend and drove with a car full of camera equipment for nearly 4 hours from Lisbon to capture the experience. It’s hard to portray how remote the location is, but just to illustrate, it was necessary to change cars mid-journey to continue on the trail down a cliff face in order to meet him.

On arrival I discovered a haven of hand-made goats cheese and tranquility. It transpires Mikail and I grew up down the road from each other and I left refreshed and inspired by his difficult but rewarding transition from city life to living off the land. 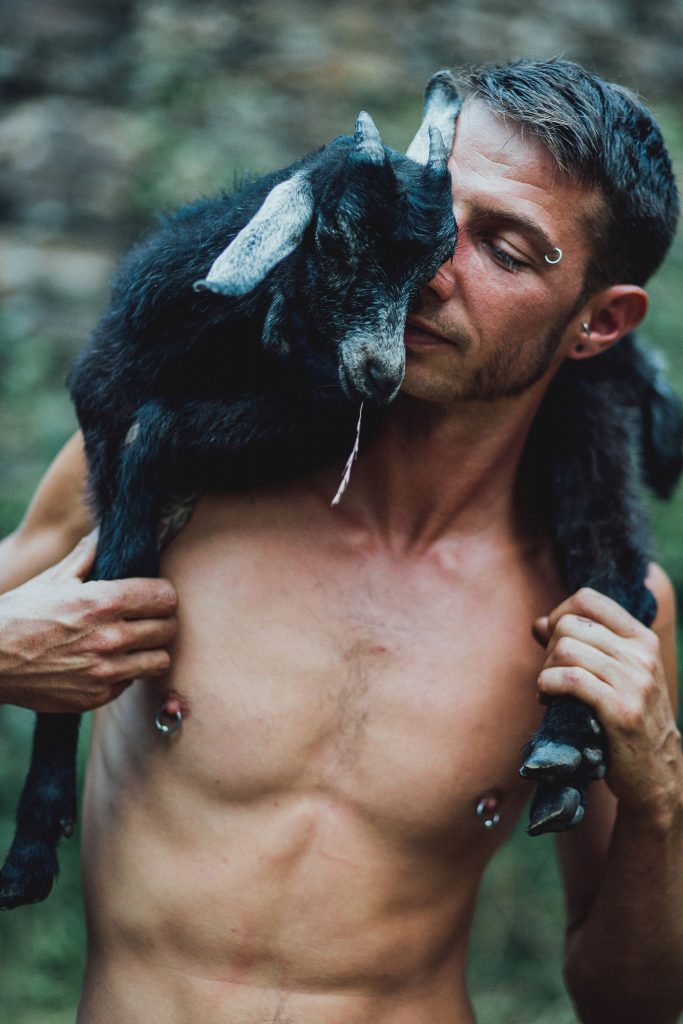 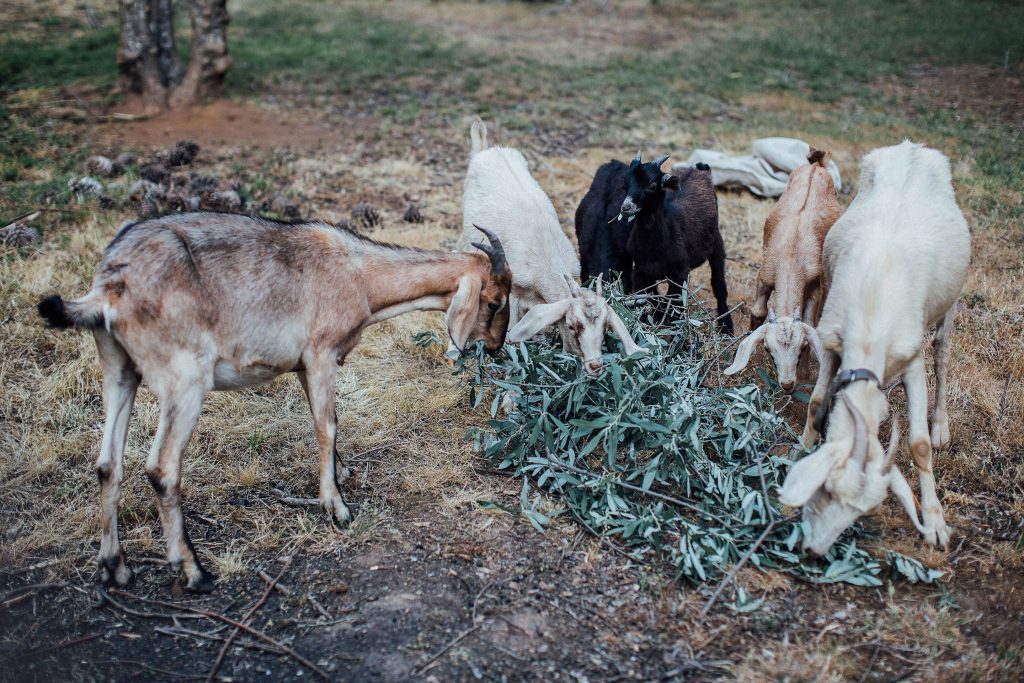 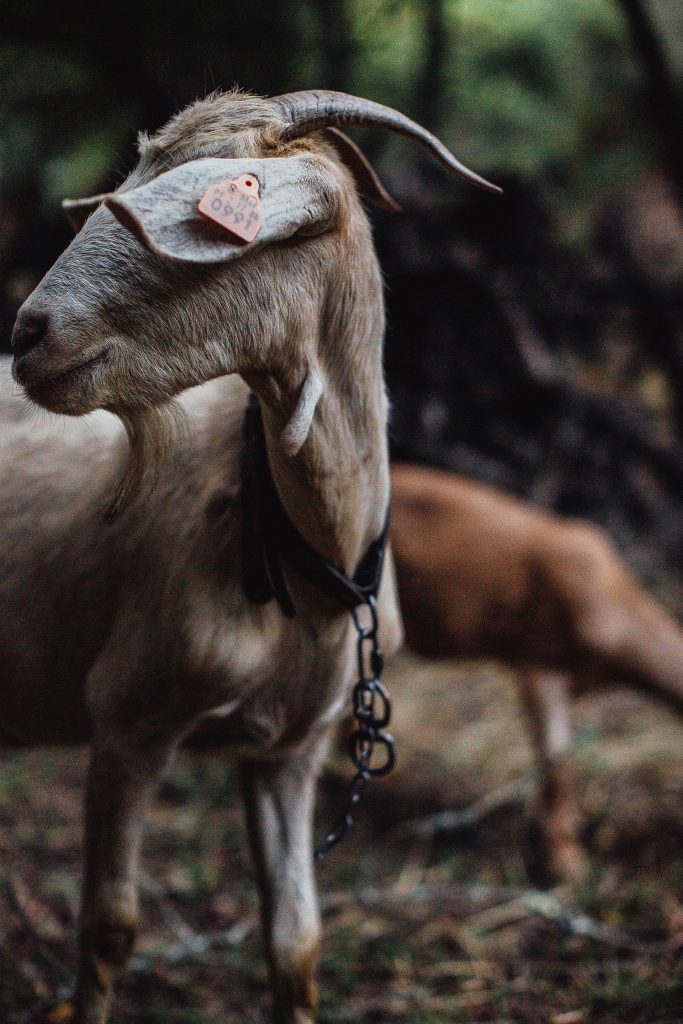 What’s your full name and where we are? I’m Mikail Uptown and we’re in Arganil in the mountains of Portugal.

Arganil sounds like something from Lord of the Rings. What did you want to be when you were a wee boy? I dont really know, it sounds silly but I really didnt know. Now I realise it’s this, I just wanted to live a simple life but I never realised I was always searching. I didnt know till I found it.

How many years did you live in Scotland? I grow up in a small village on the west coast and I moved to Glasgow at the first chance. That when I was 21 and lived there till I was 28.

What has the best moment been so far from being here? The realisation that you can take charge of your own life and live on a small amount of money. A realisation that it isn’t just a dream, it is possible and it doesn’t take much work. 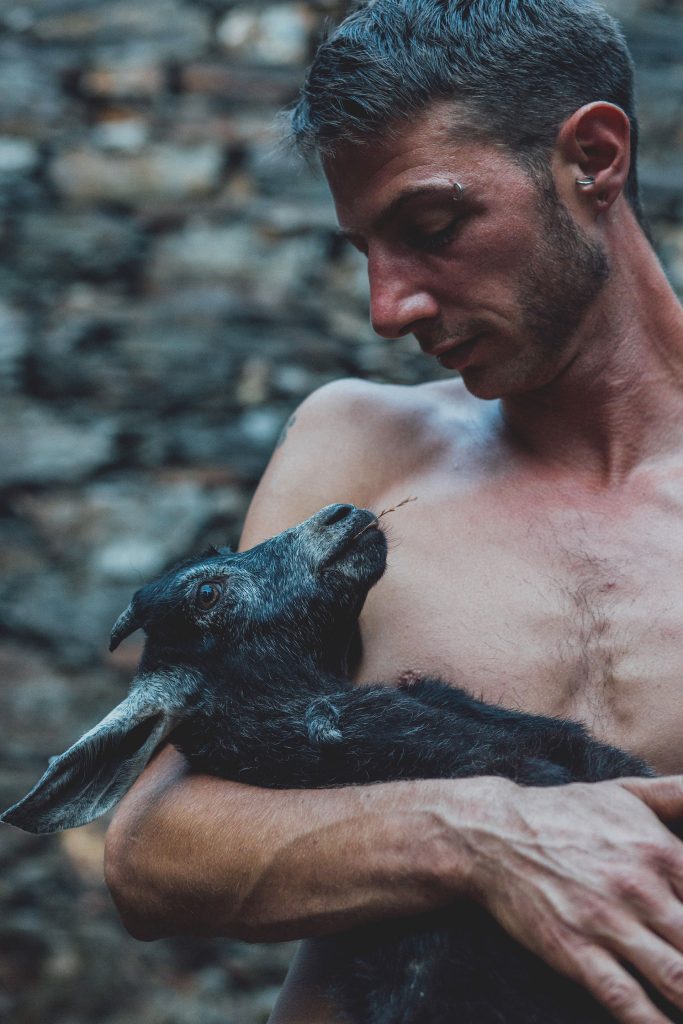 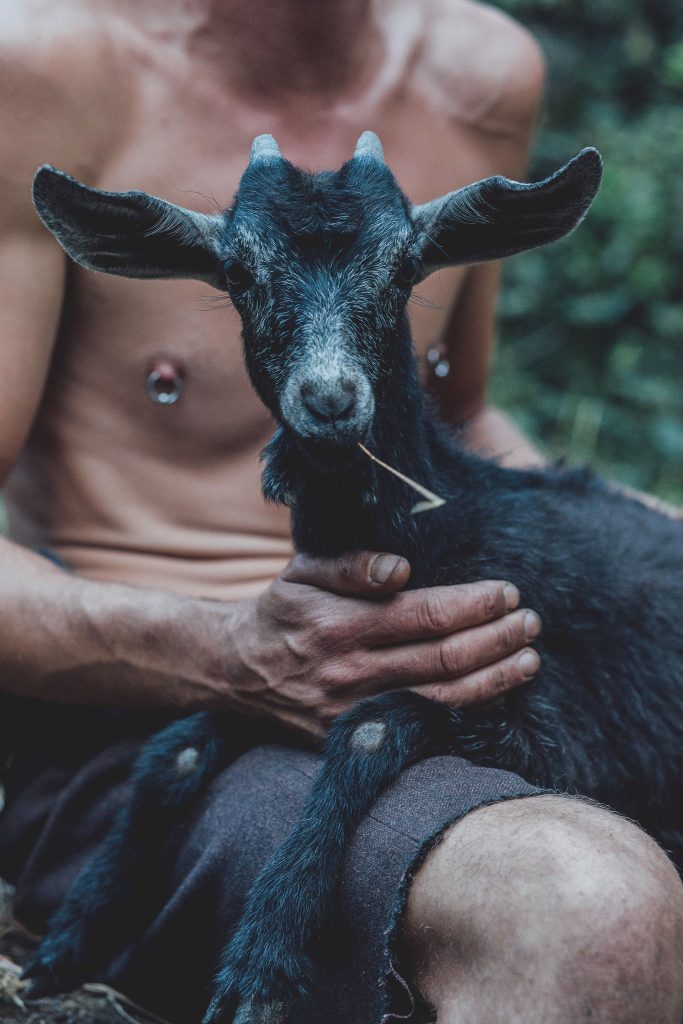 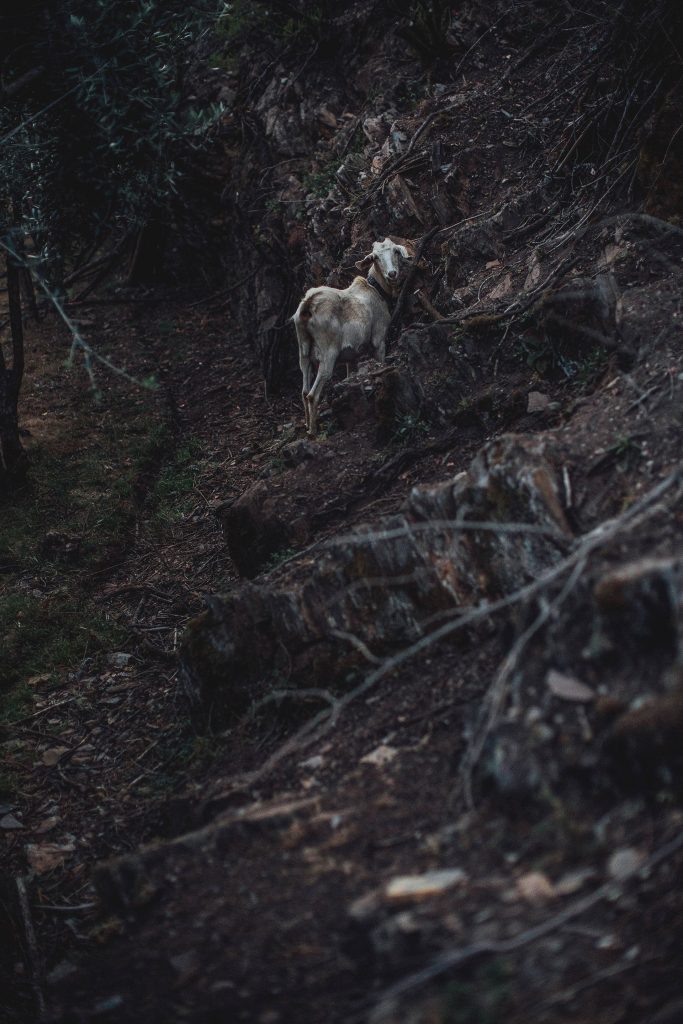 What is your average day like? It starts early with milking the goats at 7am and take them for a walk if we don’t have serious work on. I’ll always walk them for an hour or two then clear the forest for an hour or two. Then I attend to what needs doing that day, which right now is the veg garden. Everything needs watered. I tend to make cheese in the afternoon and then collect the goats again if they’re still out.

Do you ever think to yourself that this is like a dream, it isn’t reality? It doesn’t feel like reality but this is real for now. I didn’t expect it to be like this, I’d didn’t expect to have this many goats that’s for sure. 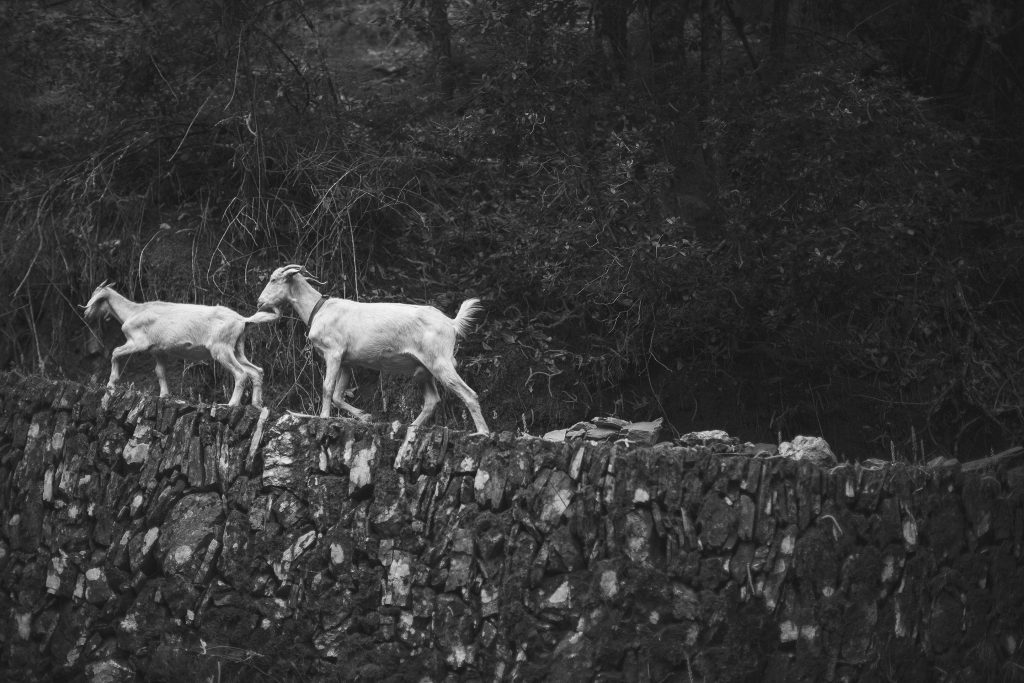 Earlier on you mentioned your “projects”, what do you mean? At the moment we have a guest staying with us who’s a volunteer and he’ll stay for two weeks. He’ll experience life here in exchange for food and shelter, and live our life outside of work if he wants. Whilst he’s here it’s important to have scheduled work and make it more focused. At the moment we’re doing a number of things like cleaning out the water channel after a storm, collecting stone for a patio, making firewood for next year. Tomorrow we have a tree surgeon to take down some dangerous trees. My daily routine is with the goats but lots of other things that have to be done along the way.

How do you connect with people when they visit? Theres a website called “Help Exchange” and you can make an advert for anything. We tend to take people only when we know we have work to do. We turn down more than we invite. We try to scare people off because you have to drive 2km down a bumpy road on the cliff, you can’t just walk out. It’s hard to escape if you want to. We have to be honest about where people are coming. 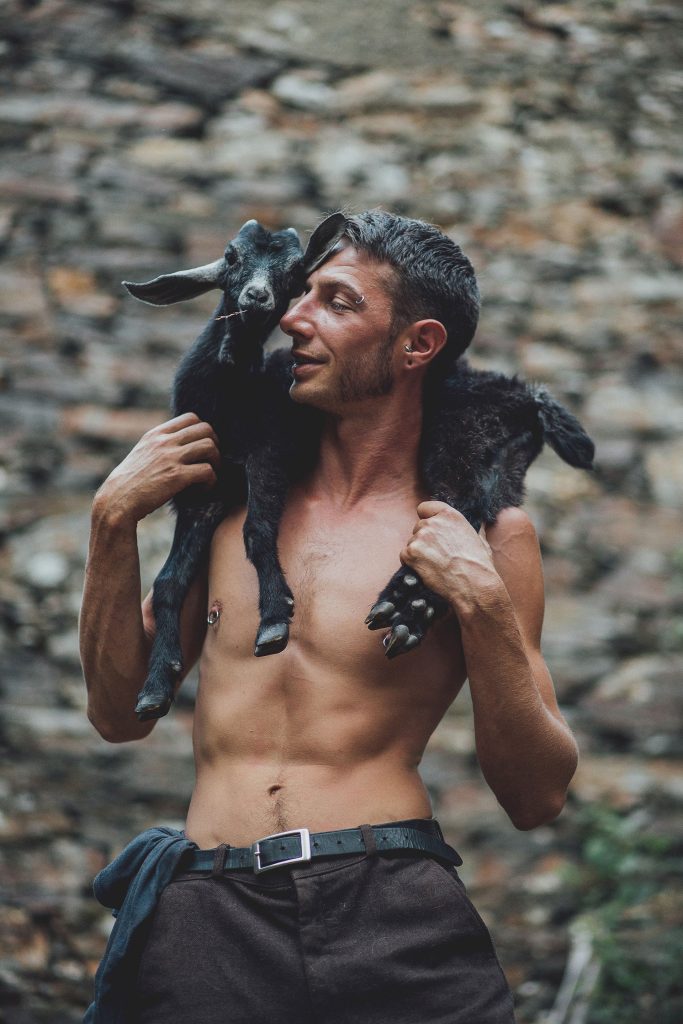 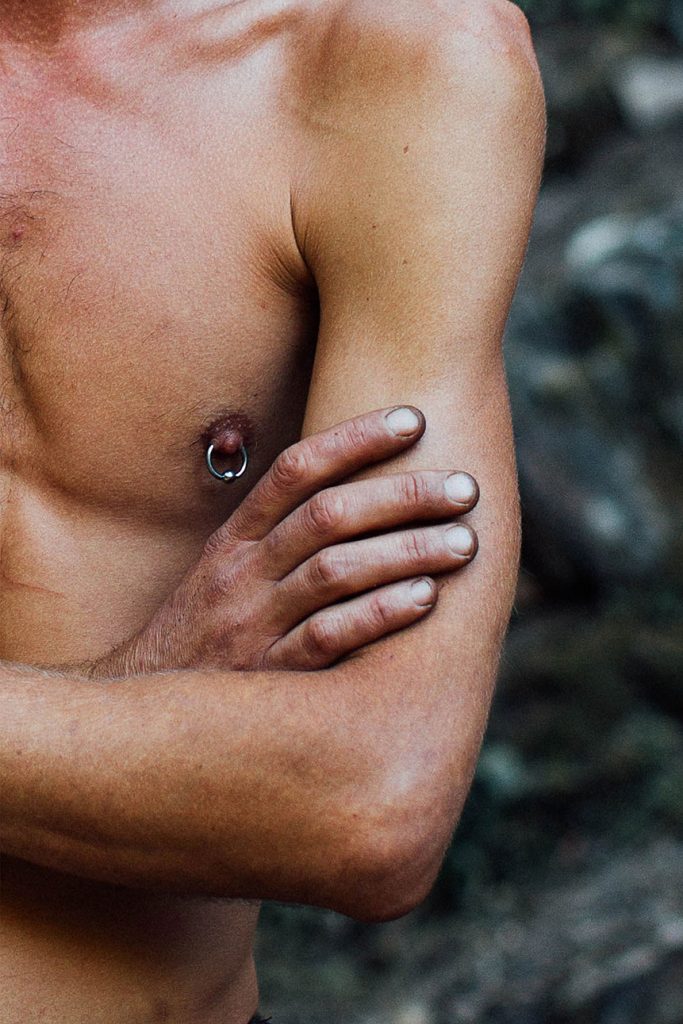 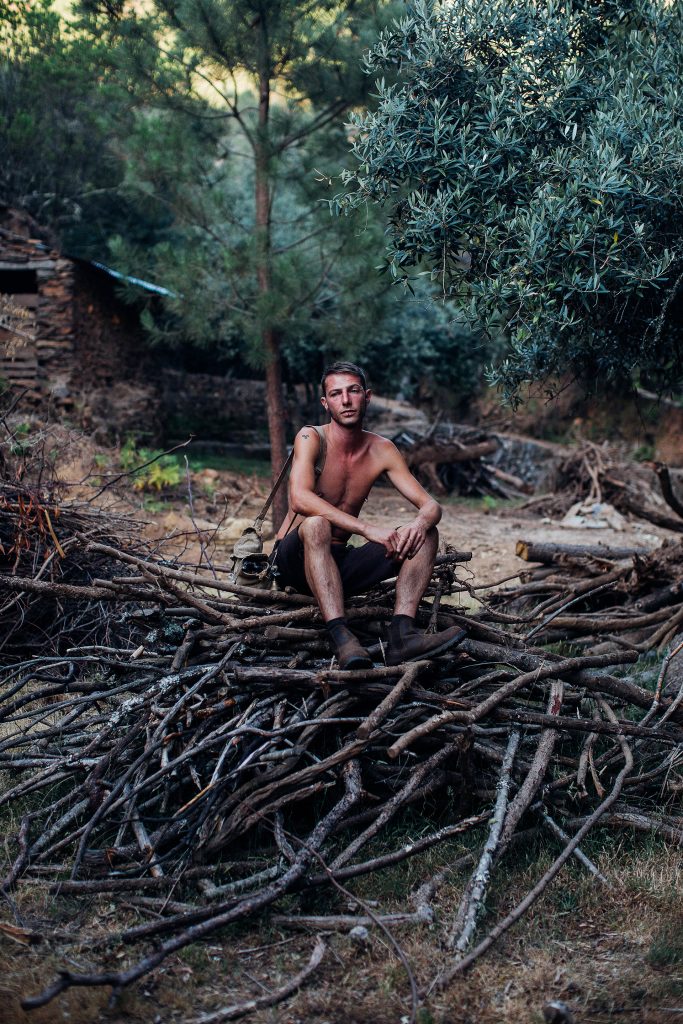 I understand, and you can say it’s remote but people won’t always fully grasp quite how remote. How did you learn about how to survive here? You’re listing off all these jobs and in my head I’m thinking I wouldn’t know to begin.  Most of them we have had to teach ourselves. That’s another thing, everything had to be done but us. This was 40 years overgrown with brambles and vines and we cleared it by hand with the goats. We didn’t use machines. Peter has a chainsaw but I don’t use it. Basically everything has been done by hand. We started to work and we taught ourselves. You make mistakes, hurt yourself and adapt it. For the big things we read books, we have the internet, any information you need is at your fingertips. We have friends that did the same for us. A lot of other settlers have left already and taught us the wrong way to do things. That’s a positive outcome for us. There are plenty of examples, there are loads of people around us doing similar thing work.

Do you get lonely? I don’t because I don’t feel like I have enough time for myself. There are lots of things I do apart from this. I love music, reading, hill walking, cycling, running. I don’t actually get time to do them. To get lonely would mean I would have too much time on my hands.

Is there any element of you that craves or is lacking an ego driven life? Not really. I worked in a corporate environment for 5 years as a stop gap to coming here so I could save money. The amount of times I bit my tongue and nodded my head means there’s no way I can go back now. 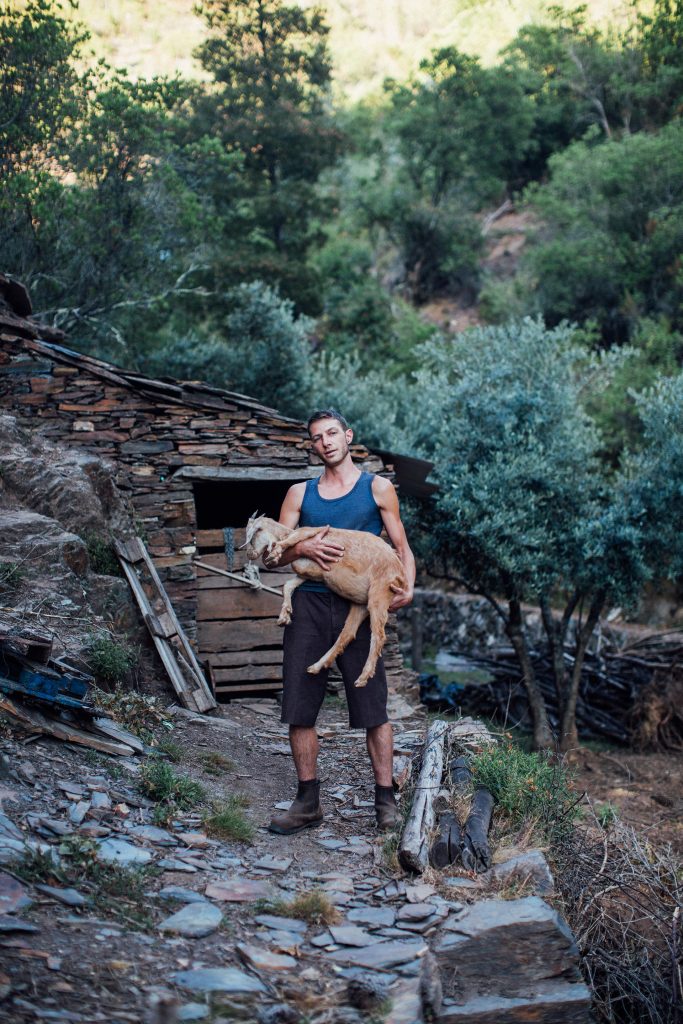 Its funny, the principle of what life is, you’re living it. It’s amazing. I was thinking ‘could I do this with the work I do?’ I could do photography but I’d be missing the community part of showing people the work. Thats the thing, what we do is quite hidden. A friend from Scotland came last week. It was the first time he came and he wasn’t blown away, he was very bored. We were taking him to some beautiful places but overall, he didn’t get it.

Anything you miss about home? Home is here, this is my home. I’ve had so many lives. Some have been short and some long, this is definitely home.

Do you see it that way for a long time? It can’t be forever. The environment is harsh you’re on the side of a mountain. I walk up and down every day and I can’t be doing that forever. For now this is what I’m doing. 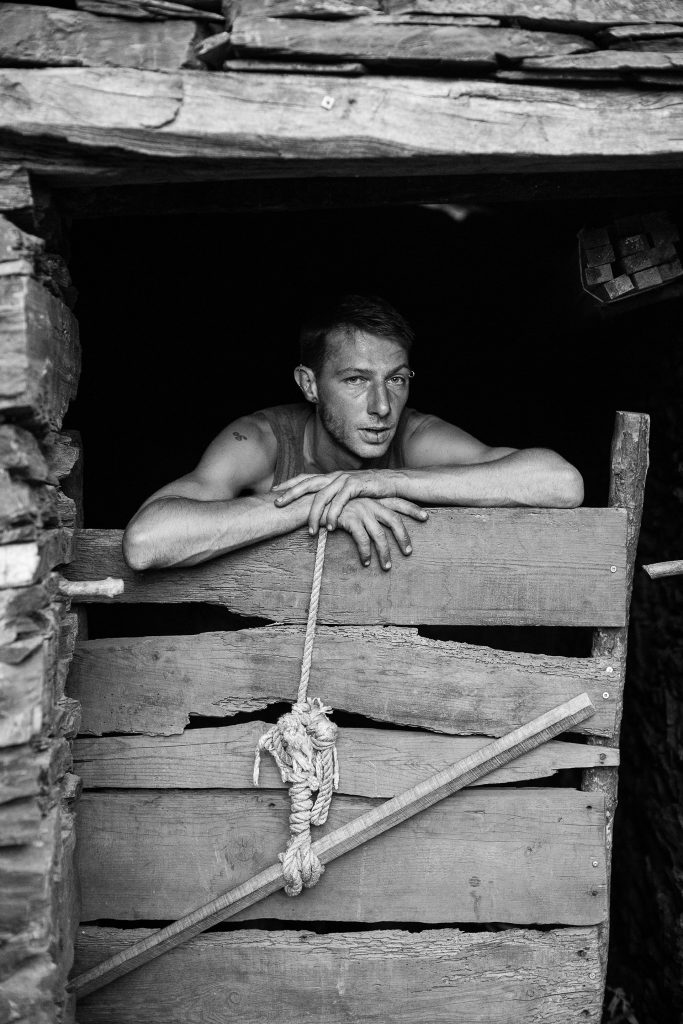 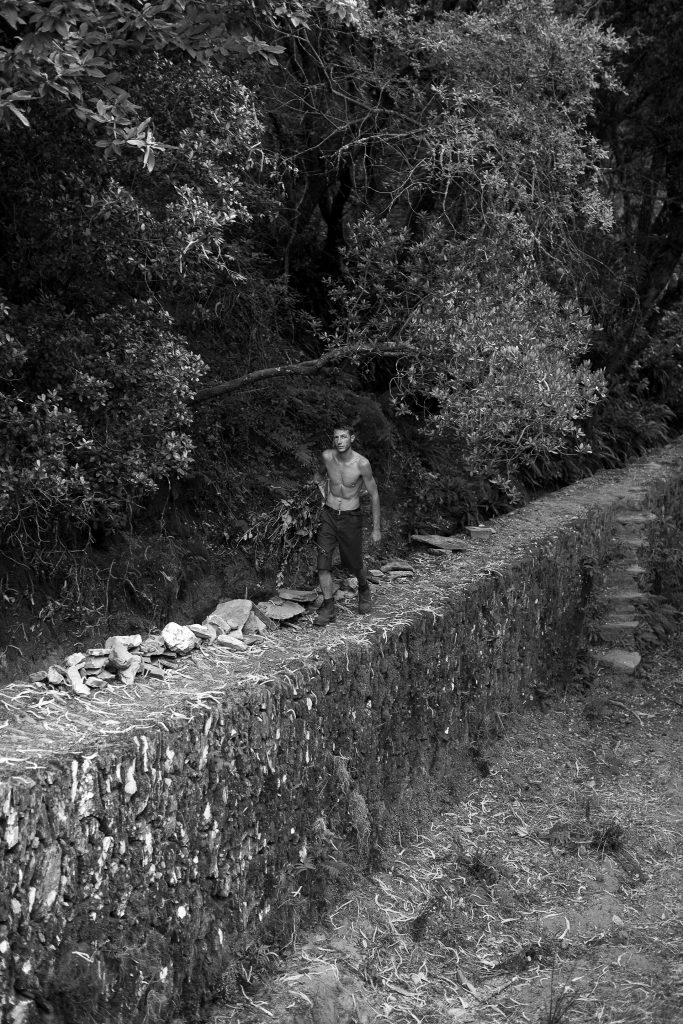 Who lived here before you? It had been abandoned for about 40 years and nobody ever lived here full time. It was originally allotments, most people live in villages here. In the past family would have had land like this and cultivated it in the summer. People would stay in the house for a weekend or a harvest but people didn’t live on this kind of land. People in the village think we’re mental. They don’t get. For them if you’re not from the next village and you’re not their cousin, you’re a stranger. It’s that kind of lockdown. They see me with the goats and thats the only connection. Most people here don’t live this life anymore.

Leave us with some words of wisdom? Be tolerant, be patient, be all you can be. My dad told me that when I was younger. 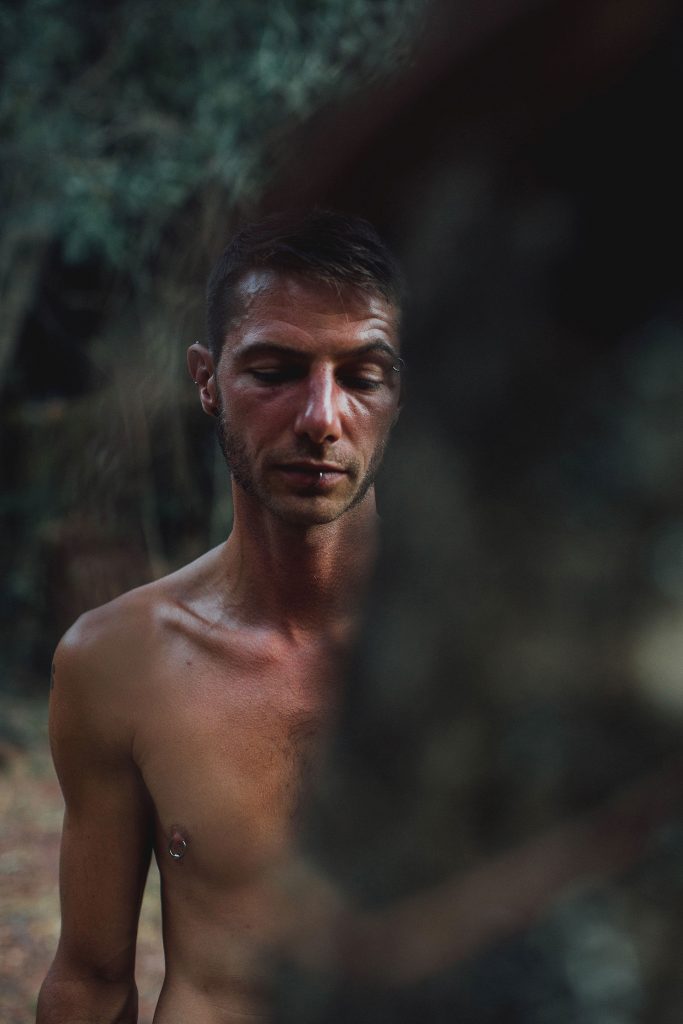 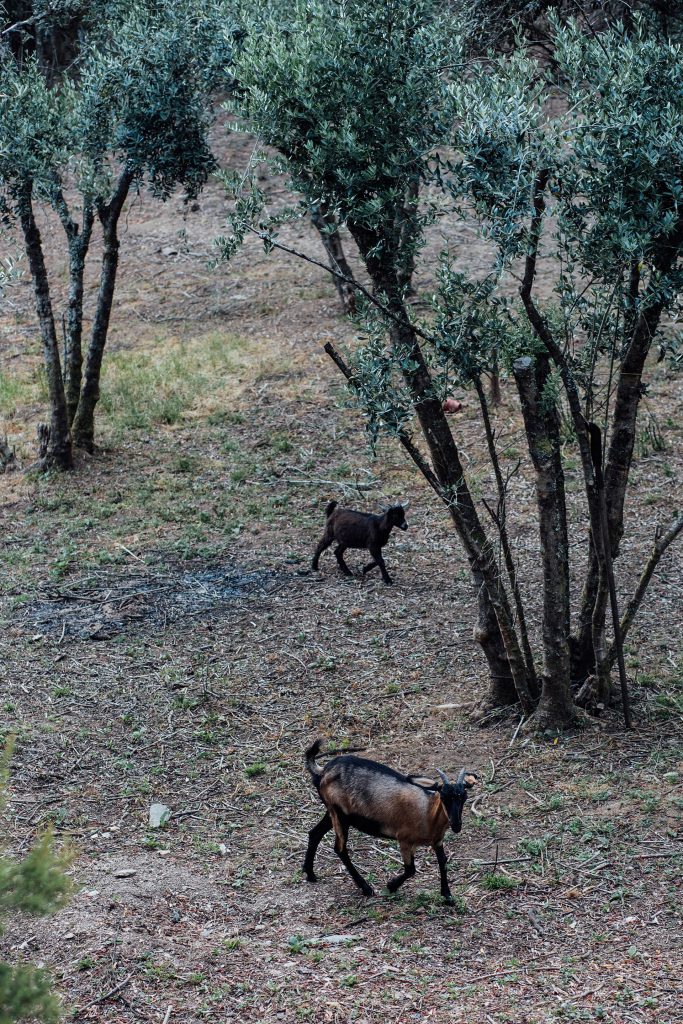